When more than 8,000 people all dressed as Santa Claus gather in the North of England it can only mean one thing… the Liverpool Santa Dash!

Many places across the UK (and the world, for that matter) organise Santa Dash’s during the Christmas period, but Merseyside leads the way.

Thousands of red Santa’s run alongside a few hundred blue, in an event that welcomes absolutely everyone… the young and old, men and women, boys and girls… and even those from outside of the Parish (like Joel).

Joel first attended the Santa Dash in 2007, and was awarded the prize for ‘Best Dressed Santa’ back then… and he’s been at every Dash ever since.

This year, the foundations very own puppy ‘Jessica’ made the trip… and in all honesty, got more attention than the Smiling One himself! 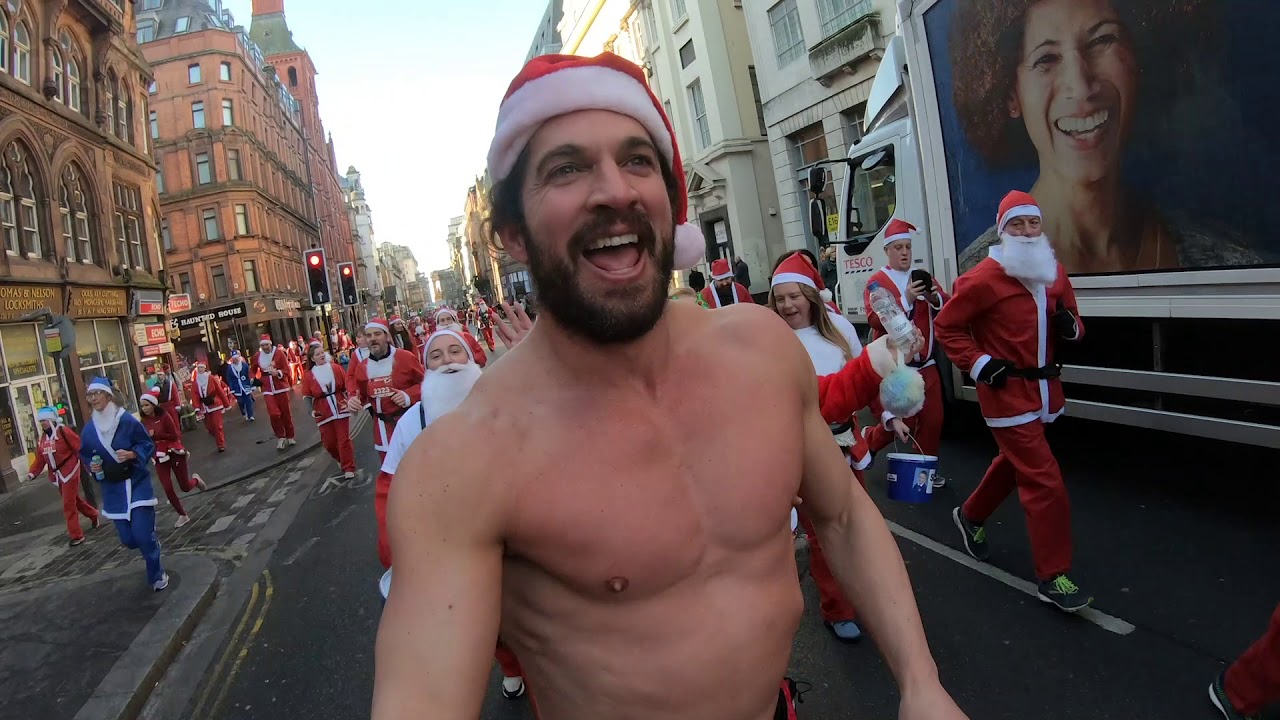