If there's one event that is synonymous with the Always With A Smile foundation, it's the World Gravy Wrestling Championships... Now in its 12th year, the event goes from strength to strength!

The first ever world Gravy Wrestling Championships were held way back in 2007. The staging arena was a supermarket car park in Wigan, and as a handful of willing participants got to grips in a small paddling pool of gravy sitting on 1 inch matting, bewildered shoppers coughed up their spare change into couple of battered collection buckets.

In the 12 years that have passed however, the World Gravy Wrestling Championships have developed into an undeniable success, and provide a framework showcasing just how to run a community-based event in modern times.

Following its inaugural year, the Championships moved to the Rose ‘N’ Bowl pub in Stacksteads, Lancashire, and this venue provided an ideal setting.

A large bowling green area allows space for the arena floor and ‘ring’, and enough room for spectators to stand 4 or 5 deep, as well as designated areas for a bar, stalls, and children’s play.

The pub also boasts a beautiful wooden balcony, which allows spectators to watch the action from on high, whilst having access to the bar and enjoying the carvery.

The support of the pubs landlord, Jon Lowe, has been integral to the success of the championships, as has the event committee.

It may not be obvious to some when watching the chaos that takes place on the day, but an enthusiastic and committed committee lies at very heart of the World Gravy Wrestling Championships, and they need to be… after all, they spend literally months prior to the event planning the day so that it runs as smoothly as possible. People such as Andy Holt, Ken Claxon, Stephen Claxon, and a host of other individuals, work tirelessly behind the scenes to make the event what it is… and the value of such people can never be underestimated.

Their hard work has certainly paid off however, as with every passing year, the competition has received more and more entrants, and into 2019 both the mens and womens competitions attracted nearly 20 entrants each.

This growing interest has been vital in terms of sustaining and growing the event, but why do people enter, and many more than once? Well, without exception, everyone ‘competes’ (and leaves) with a smile on their face, and there’s no better way to encourage people to sign up than to ensure that they have fun.  In addition, the event now holds a tradition of hosting a ‘Children’s Challenge’ during the interval, which see’s around 40 youngsters take to the gravy with AWAS founder Joel Hicks… and this definitely helps to encourage the family-feel of the event.

The final aspect that makes this event so special is the crowds that come to watch… as inevitably, the more people who attend, the bigger the event, and the more money raised for good causes.

The venue, the work of the committee and the exuberance of the participants all help to ‘bring people in’ but in this instance, the World Gravy Wrestling Championships has also made its presence felt in the media. Gravy Wrestling has featured on countless TV shows over the years, all over the world, including the Paul O’Grady Show, Britain’s Got Talent and A League of Their Own… and this exposure has generated an ever increasing interest in the event, to the point that thousands now cram into the Rose ‘N’ Bowl every August Bank Holiday to watch the action!

And in 2019, the action was as spectacular as ever.

Prior to the competition, Joel was recognised by the Guinness World Records team (for his Gravy Wrestling antics!)… yet another proud moment for the foundation after being featured in the world famous annual just a few years ago.

Both Brian and Kay put on a tremendous show in their early round matches, but unluckily the decisions didn’t go their way. Instead they went on to cause havoc in the Royal Rumble extravaganza that took place during the interval… during which, Joel also returned to the Gravy Pit to take on the ‘Gravy Gang’ (any children thinking they’d like to mix it with the champ!).

Trev and Joel did progress however, winning their opening round matches as well as their respective quarter-finals.

The semi-finals saw former World Champion Trev square off against Joel, who claimed the crown in 2018 in what was his 5th Gravy Wrestling World Championship win!

On this occasion, it was Joel (somewhat controversially) who came out the victor, however.

In a tense final, the momentum flowed back and forth between Joel and his opponent ‘The Northern Monk’… but in the end there could be only one, and as the final bell rang, Joel stood victorious to claim his 6th World Gravy Wrestling Crown!

To access all of the photos from the World Gravy Wrestling Championships 2019, please click here. When sharing the images on social media, please credit Always With A Smile. 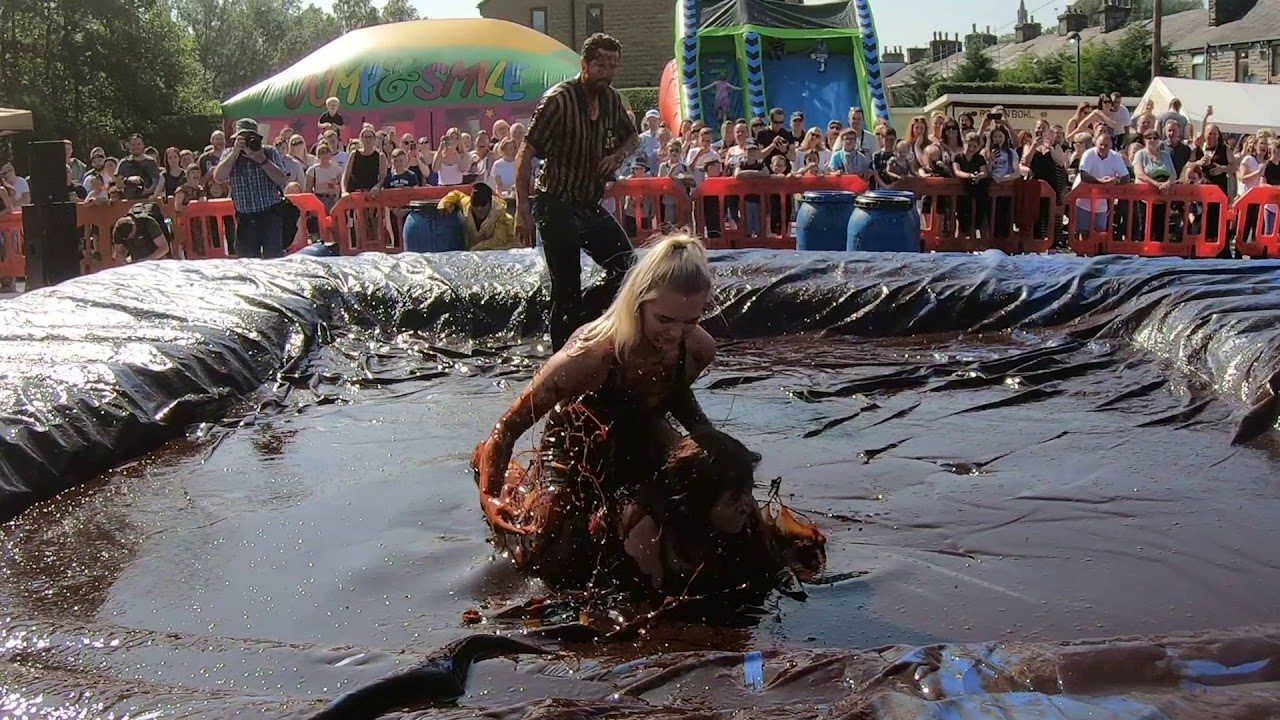 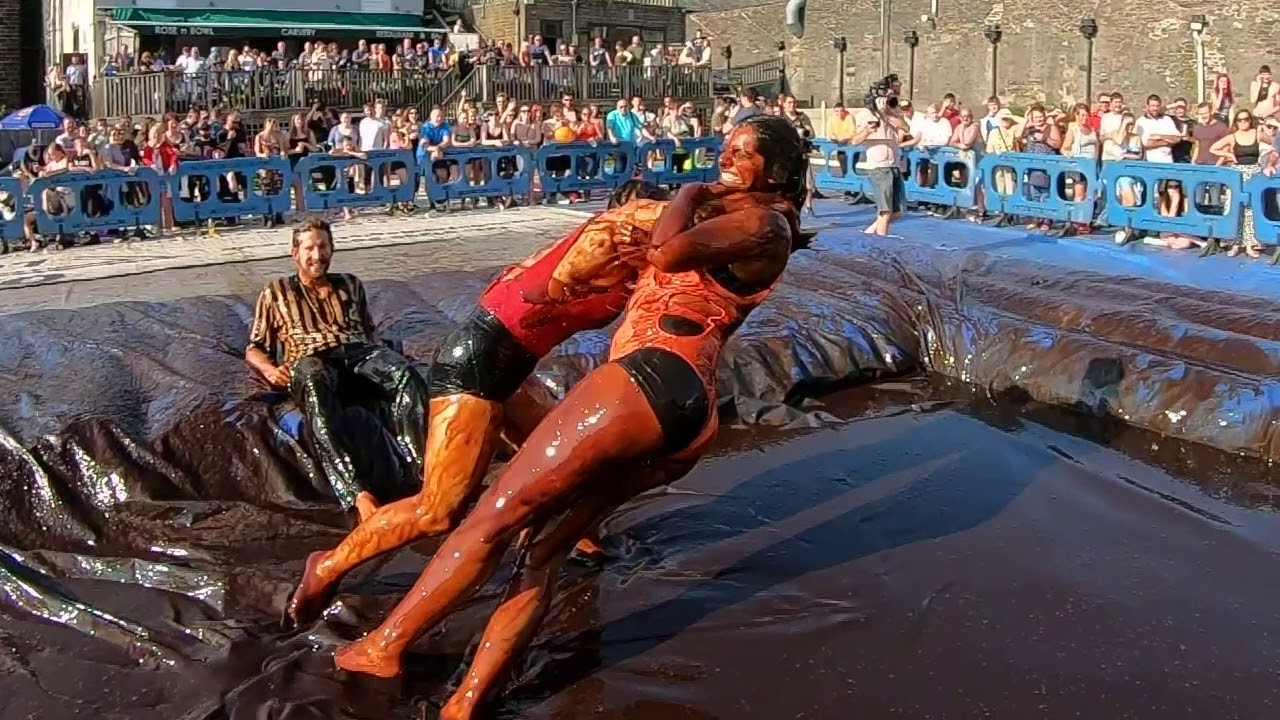 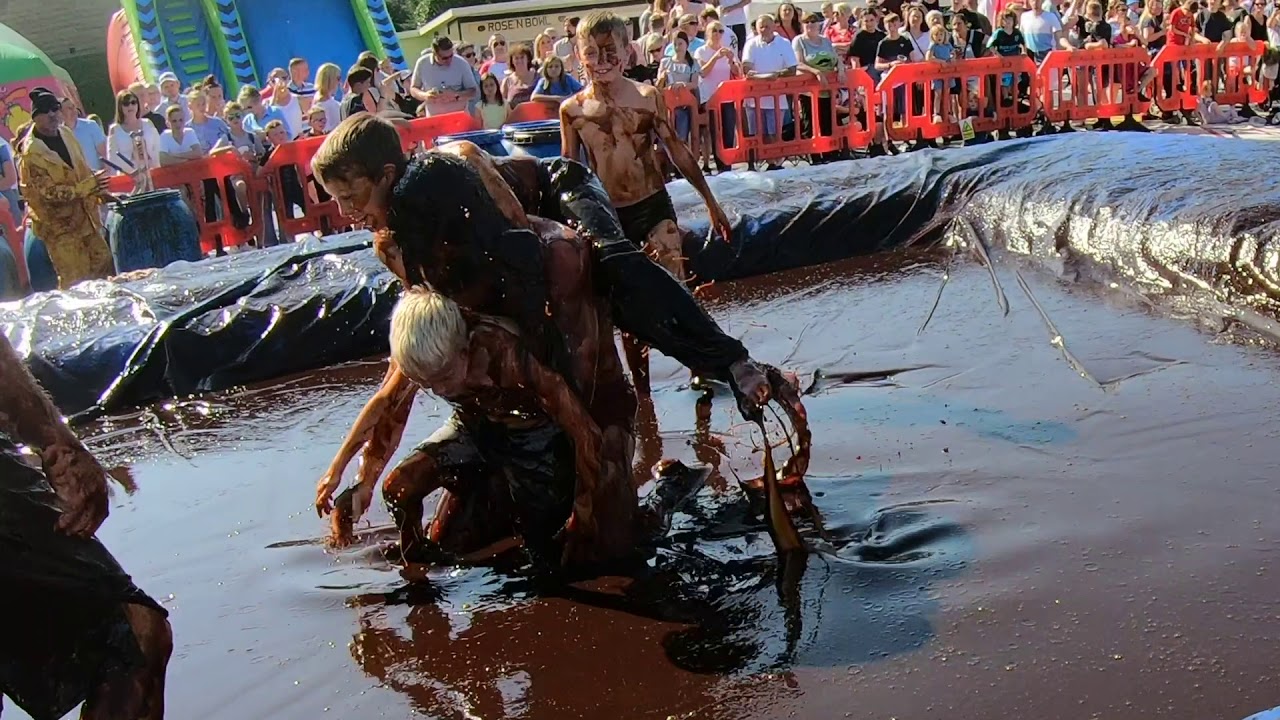 Read More »
PrevPreviousMudnificent 7… Back in the Mud!
NextColombian Wife Carrying Championships 2019Next