The UK Wife Carrying Championships are held every year in Dorking as a 'warm up' for the Leigh Hill Half Marathon. Having won the inaugural event back in 2008, AWAS has been carrying wives ever since!

Having been invited to the inaugural Colombian Wife Carrying Championships in September 2019 by Monica Rodas, the UK Championships saw Monica hop across the Atlantic to once again team up with Joel in what was arguably the wettest wife carrying event in British history!

Despite the weather, the exuberance of the competitors was palpable as wives were weighed in, and ‘couples’ took to the start line of the 380 metre course. Whilst the rules state that those being carried can in fact be male or female (and Joel has actually carried a man before!) the ‘wife’ must weigh at least 50kg with strict penalties for dropping your partner!

Entrants must also use one of the recognised ‘carries’ which include the bridal carry, piggy-back, shoulder-ride and fireman’s carry. With that said, the most popular carry is the Estonian Hold (or ‘Reverse 69’) which involves the ‘wife’ hanging upside-down on the carrier’s back with their legs crossed in front of their face. 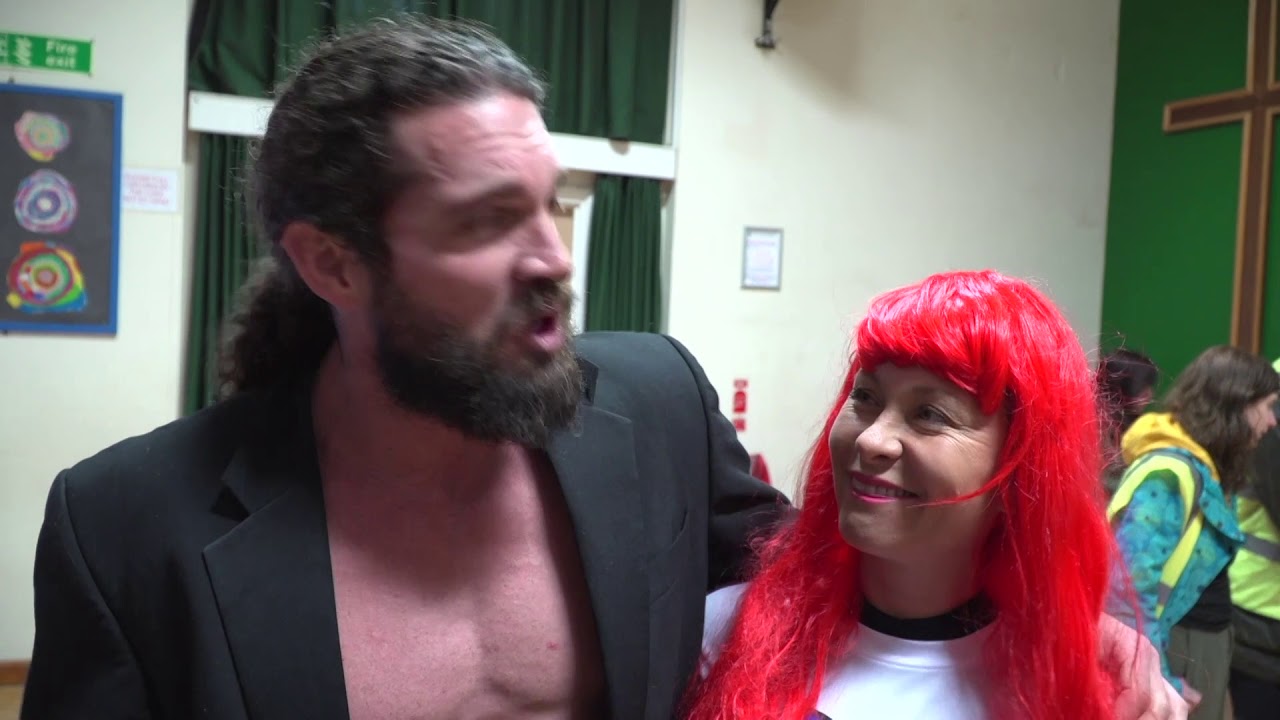